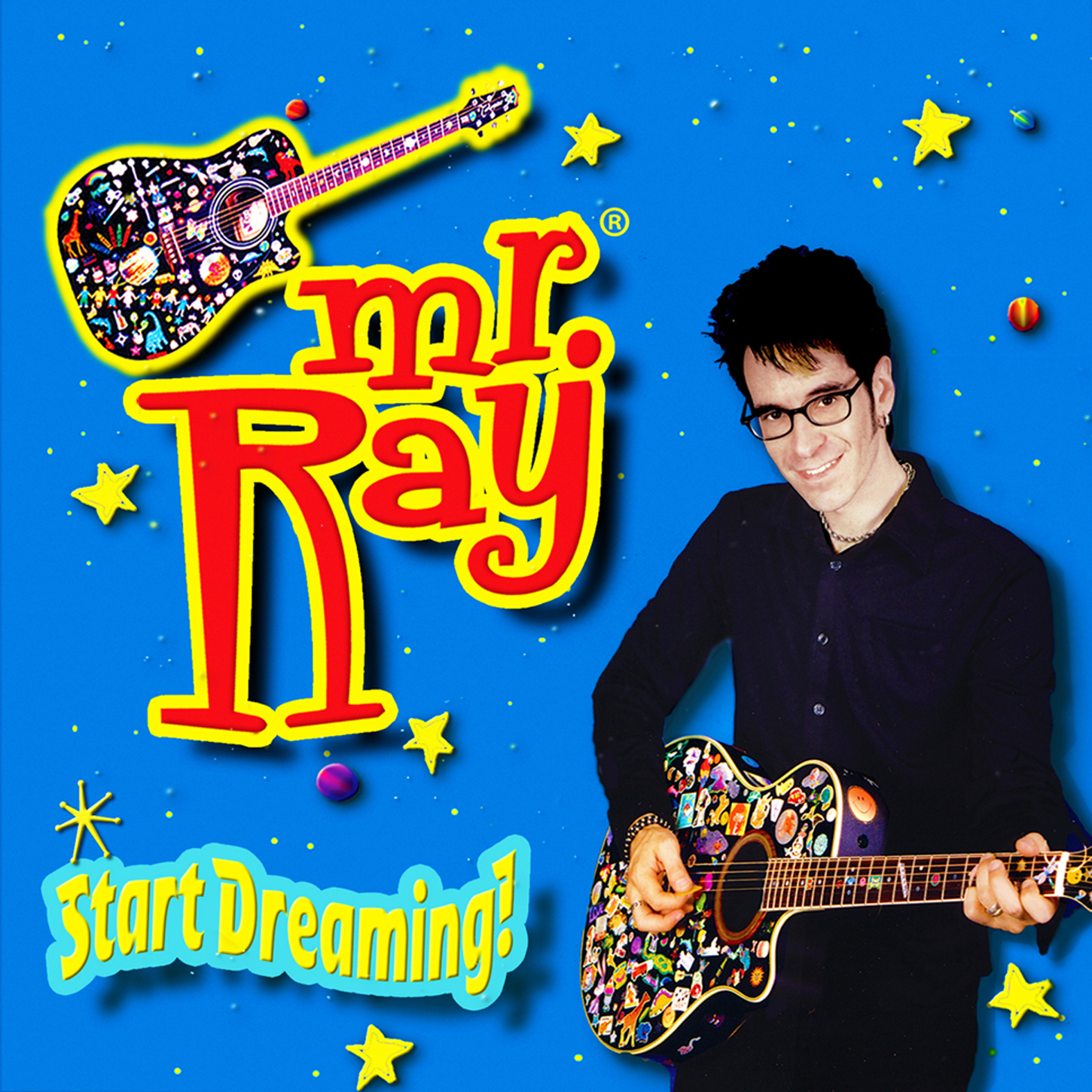 mr. RAY (Ray Andersen) has been writing and performing under this name since 1994,
but that is only part of the story. In 1994,
Ray was asked to come in and perform at a pre-school.
In no time, he became known as "mr. RAY," holding an eye-catching,
colorfully-stickered guitar. The kids (and Ray) were quickly hooked.
Singing about friendship, dinosaurs and rainbows never sounded so cool before…
He grew up in West Orange, New Jersey in the home that legendary songwriters
Carole King and Gerry Goffin lived and where most of the "Tapestry" album was written.
Ray's love of music was apparent at an early age when he was introduced to The Beatles.
Eventually the bug of songwriting hit him hard. Along the way,
he went on to the famed American Academy of Dramatic Arts in NYC,
which further emboldened his love of the arts.

Ray wrote and co-produced his own album entitled, Start Dreaming! It was released in April 2001. 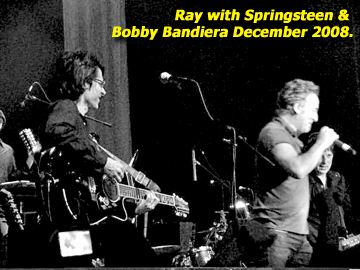 THE 80s...playing with Bruce Springsteen
In the 80's, Ray went onto a very important journey in life as a member of the notable Asbury Park NJ, Stone Pony house-band,
"Cats On A Smooth Surface." Bruce Springsteen played withRay and the band so much,
he often raved to the press that they were his favorite group of musicians to jam with when he was off tour.This experience led Ray to
years of performing and touring with the likes of Meat Loaf, Bon Jovi,
matchbox twenty and his own original band, Blue Van Gogh. All of these experiences led him to the musical galaxy of mr. RAY...

In 1995, Ray formed a pop/rock duo, Blue Van Gogh,
and released an album called Hi-Fi Junkie Sonata,
distributed by Edel Records. The music & and video was met with international acclaim.
They toured throughout Germany as the opening act for matchbox twenty in April of 1998. 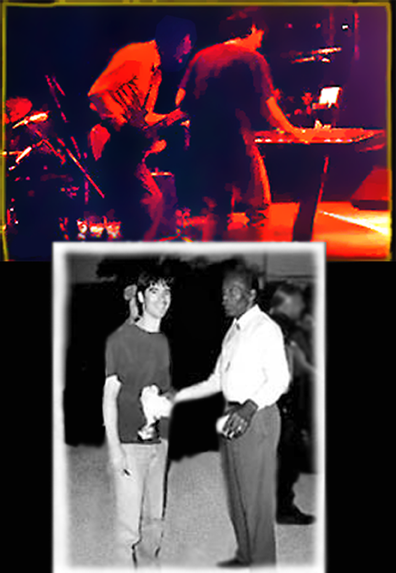 PERFORMING WITH LEGEND CHUCK BERRY
Ray even had the opportunity to be in Chuck Berry's band
for a gig in South Dakota in 1996.
Click picture to see a video of Ray playing with Chuck Berry! 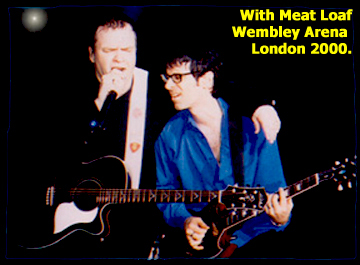 In 1998, Ray got a call to play guitar, keyboards & sing backup for international rock star,
Meat Loaf. Besides giving him the
thrill of performing in some of America & Europe’s greatest venues,
Ray, as part of Meat Loaf's band,
did a lot of TV such asDavid Letterman, Jay Leno, Top Of The Pops, TGIF, VH1's Storytellers,
Hard Rock Live and many more. In October of 1999,
the #1-rated VH1 Storyteller episode of all time, Meat Loaf's,
went on the road through 2000,
& Ray along with Mr. Loaf can be seen forever preserved on the Storytellers DVD and CD 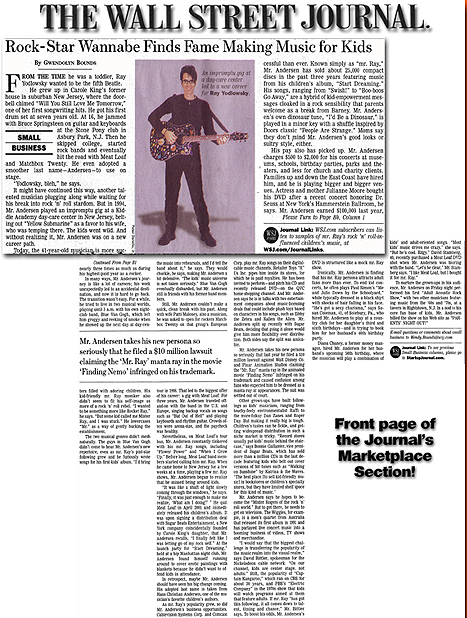 WALL STREET JOURNAL ARTICLE 2003
The Wall Street Journal profiled him on the front of one of their Marketplace section.

Ray has sold well over 100,000 CD's of his kids' albums, and all of his kids' classic public domain songs, over 150 of them,
are currently available in Walmart, Best Buy & Dollar General stores nationwide....

SIRIUS XM
Ray's adoption song, "Born From Our Heart" has set a precedent
by combining an adult theme within children's music.
The song has been a staple on Sirius/XM Radio's KidsPlace LiVE.
His song "Make The World Safe" has been played on
that station nearly every day since 2010.

MUSIC FOR TV COMMERCIALS
Ray's songs for kids are the backdrop for many, many  TV commercials such as Nike Golf.
In January 2011, he landed a national singing spot, singing the classic,
This Magic Moment, for the Publisher's Clearing House
TV commercial and in July 2012 recut and
sang the James Taylor gem, How Sweet It Is, for Publisher's Clearing House.
As of 2020, he continues to provide many of the songs tor their TV commercial. 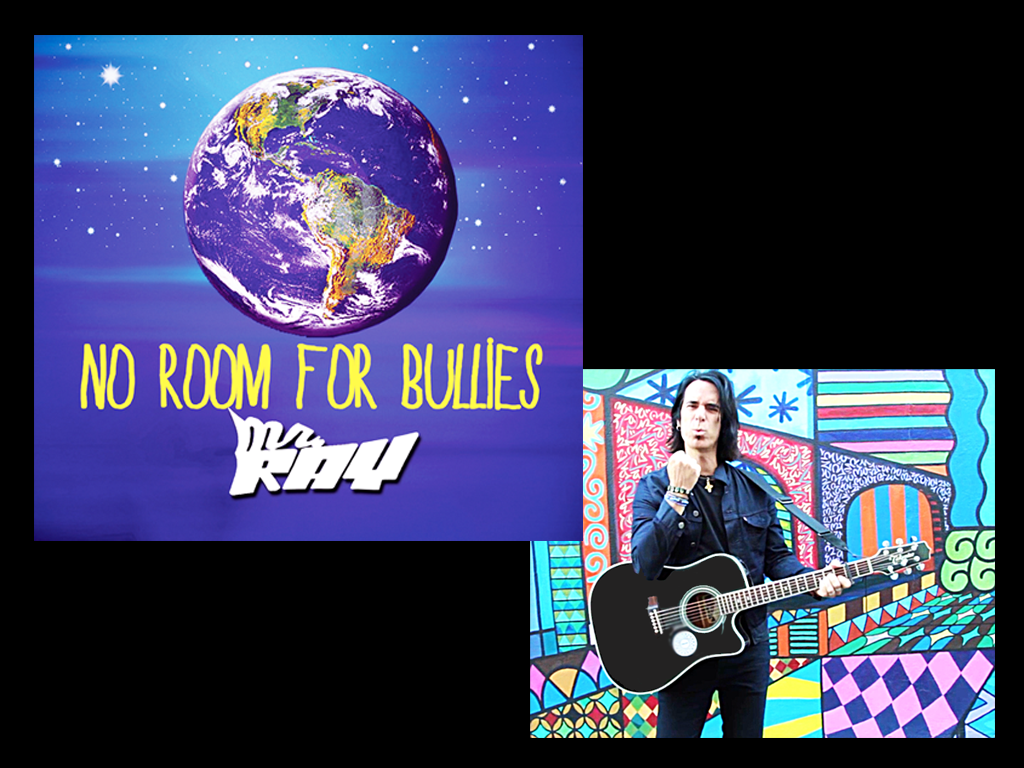 Ray's collection of songs on the subject of bullying, diversity & inclusion
is called NO ROOM FOR BULLIES,
and is fully endorsed by the Tyler Clementi Foundation
and his videos have been featured on Ellen Degeners' site, EllenTube.com.
It's a music/video/live show project that addresses non-bullying while inspiring
kids to be tolerant of each other's differences.
NO ROOM FOR BULLIES is a cross-promotable
new vehicle in driving a message of love to kids,
tweens and teens. In this time of change, NO ROOM FOR BULLIES
is an imperative theme of kindness that the world is ready to embrace. 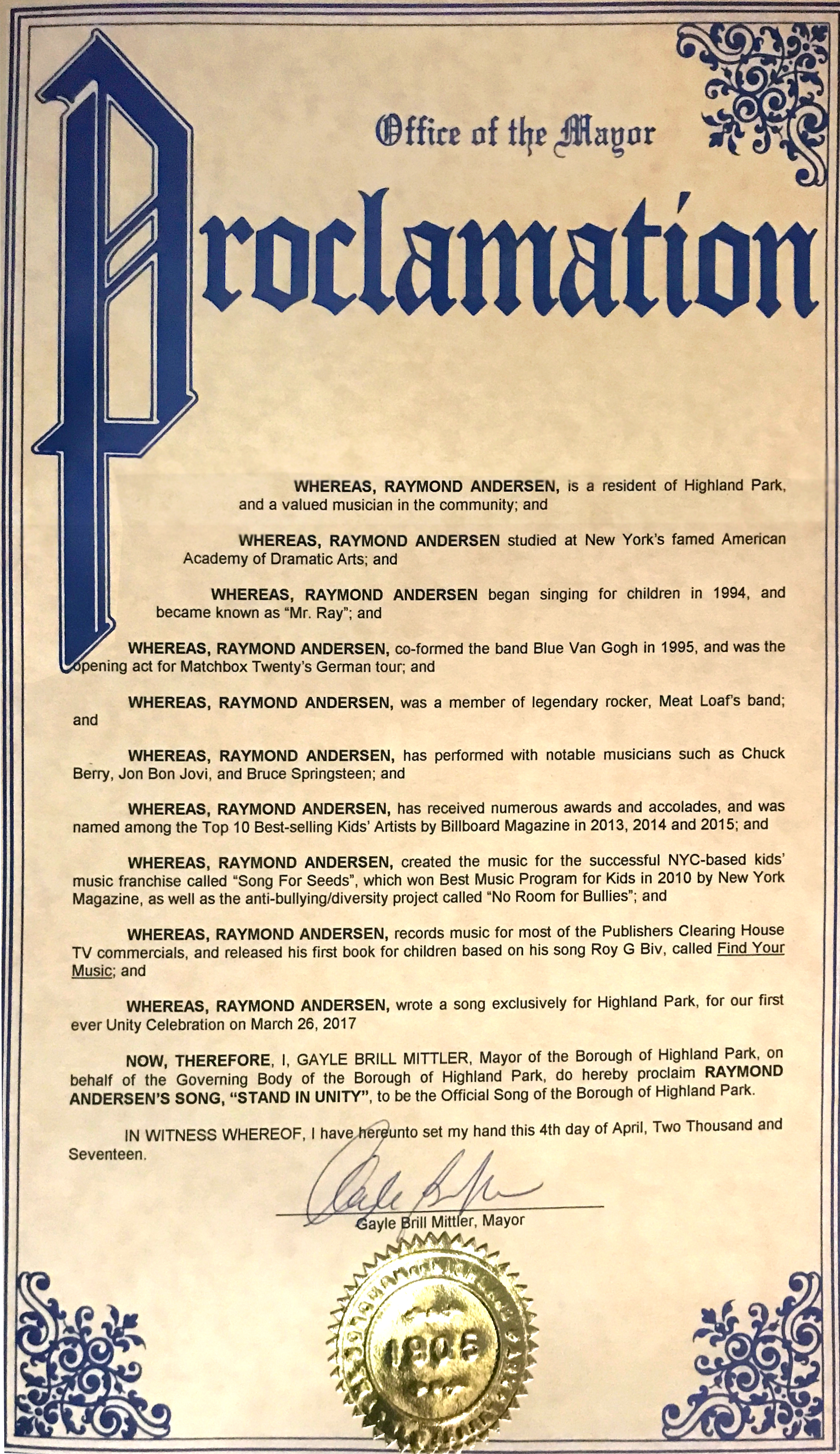 mr. RAY writes the official song of his adopted hometown, Highland Park NJ!
Here's a proclamation given to him in a formal ceremony by
Mayor Gayle Britt-Mittler on March 26, 2017.

Click picture to check out the lyric song video! 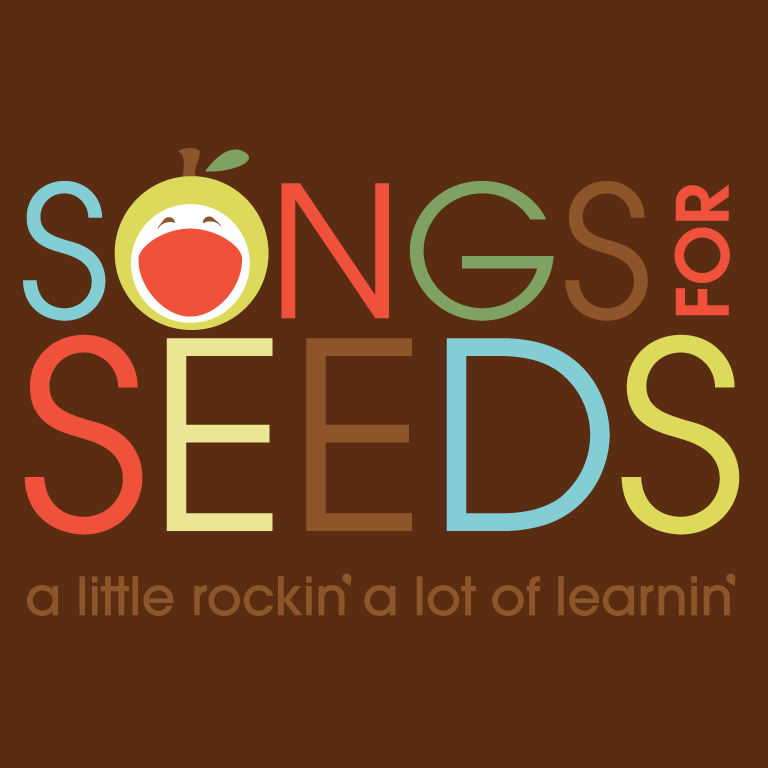 Very excited to announce my partnership in the successful children's
music franchise called 'songs for seeds',
a weekly, 45 minute, interactive class
(with parents) encouraging children, newborn to 6 years old, to sing,
dance and play along with a live, 3-piece band, comprised of a singer/acoustic guitarist,
a singer/keyboardist and a drummer.
"In 2008, I was hired to compose songs and music that would be an integral part of a
musical/learning curriculum for a company called Apple Seeds,
an indoor playspace for toddlers,
located in the Flatiron district of NYC (right near beautiful Madison Square Park).
The owners (2 amazing, married couples) called the program...songs for seeds.
It quickly garnered extremely positive reviews and was even named
New York magazine's Best Music Class, and is now in 12 states.
I recently decided to become a partner with two incredible people...
Debbie Martin, who previously owned the Summit seeds franchise,
and my lifelong friend, and consummate business-head, Harris Sterling.
Our new locations are currently being organized in new
locations due to Covid...please stay tuned." 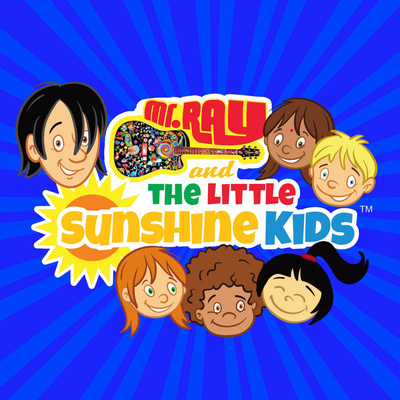 Podcast featuring classic children's songs that have been sung for generations.
It starts with an introduction bymr. RAY, then the lyrics read aloud by
one of our resident kid storytellers
(hmmm, who is that teen reading this? ☺️)…
mr. RAY sprinkle sin hand-movement directions throughout the song....
and finally, the full song sung by mr. RAY & the Little Sunshine Kids. 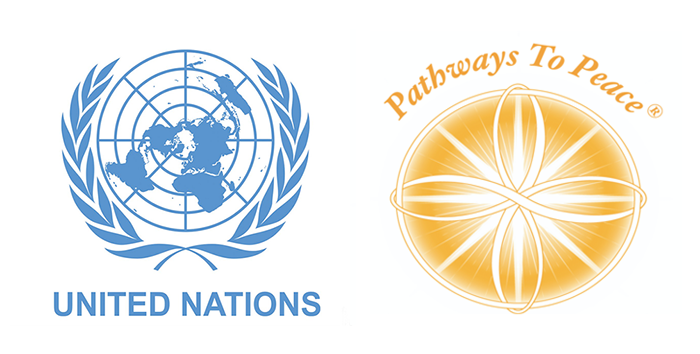 In January 2021, Ray was asked to be an official United Nations
NGO (non-governmental organization)
Representative of Pathways To Peace...on behalf of his musical
work and message of kindness,
anti-bullying, diversity and inclusion, with children...an ambassador of peace.
Pathways To Peace (PTP) is an international peace-building, educational,
and consulting organization, put in place by some amazing people.
PTP is an United Nations-designated Peace Messenger Organization
and has Consultative Status
with the United Nations Economic and Social Council (ECOSOC). 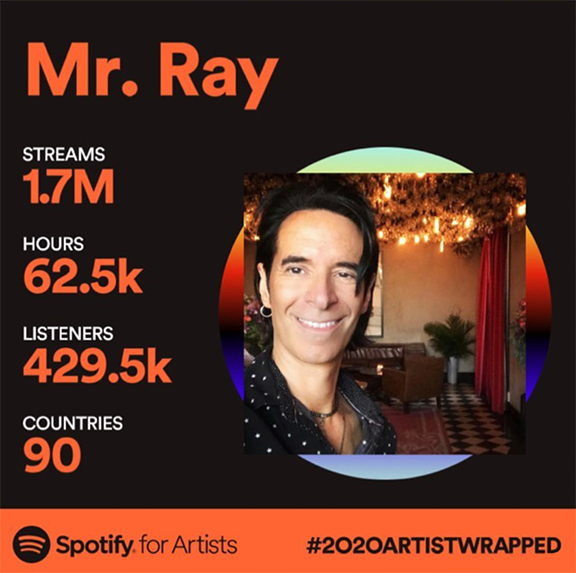 Close to 2,000,000 streams on music platforms like
Spotify, Amazon Music & Apple Music
Just type in "mr. RAY" on any of those apps!